About the consumption of venison

About the consumption of venison

Venison as part of the food chain

Food safety and food hygiene provisions are observed throughout the process of game management and hunting, at every stage. Ongoing control is an integral part of the system in which quality is safeguarded from the very first steps by the application of the rules of a unified quality control system.

Firstly, because the meat of game species living freely in nature has wholly different qualities than the meat of domesticated animals or animals kept for slaughter and processed within the framework of large-scale farming. The fundamental differences observable derive from farming under artificial conditions in enclosed spaces and from the application of feeding technologies that are in many cases not suited to the specific needs of the species in question.

For the same reason, venison, in contrast, has a very high nutritional value and is excellent food in terms of both its taste and biological effects. It is rich in protein: while the leg of a farm pig contains 17% protein the same value for venison is 25%; moreover, the fat content of venison is also lower than that of the meat of fattened farm animals, including beef or even chicken. Venison contains essential vitamins and minerals in a higher quantity and it is also extremely rich in so called flavour extracts lending venison its special, characteristic flavour, taste and smell which can be strengthened even more by the appropriate cooking methods.

Food is commonly recognised as an increasingly important factor influencing our quality of life. As venison is proven to have much more beneficial physiological effects than widely consumed types of meat, it is an excellent and quality choice for those who not only want to eat delicious food but also a healthy diet, as it contains less cholesterol, fat and energy and is much richer in protein and minerals. With the culinary experience it provides and its unique taste, venison will no doubt become a main ingredient in the healthy diet of the not so distant future. Venison provides its consumers with healthy food from the natural environment and access to first-rate food products made of quality ingredients.

In opposition to the meat of farmed animal stocks, venison is free of antibiotics, pharmaceuticals and, more importantly, of industrially produced nutrients and hormone preparations possibly present in the former.

Fat incorporates into the meat of farmed animals ‘grown’ artificially with feed additives, while the meat of game species is practically fat-free. Game animals do not have so called inter- or intramuscular fat tissues hidden in the meat of domesticated animals, as they form fat reserves at other places of their body and only for winter in the form of an easily removable layer. For this reason the meat of game animals contains about half as much calories as the meat of farmed animals. As it is fat free, the calorie content of venison is comparable to lean fish meat which is highly recommended by experts as part of a healthy diet. Consume venison regularly if you can and prepare as many dishes from game as possible for the sake of your and your family’s health, as it is proven that venison is healthier than any other nutrients and the natural minerals it contains are important for the human body.

The quantity of certain essential minerals are double, triple or even higher in venison than in the meat of farmed animals. 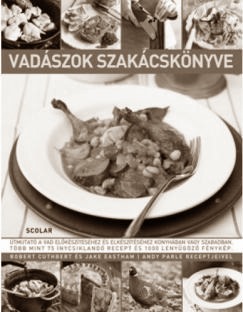